One of the easiest strategies you can use to help build wealth over time while investing is called Dollar Cost Averaging. Not understanding this investment concept is also one of the biggest mistakes that I see people make with investing all the time!

Dollar Cost Averaging works by investing a set amount of money into an investment that goes up and down in value, like mutual funds, at set intervals of time. This is how most people invest within their 401(k)s or other retirement plans at work. A set amount of money comes out of your paycheck and goes into the mutual funds you have chosen every couple of weeks, regardless of what the market and investments are doing.

Investment B on the other hand, is going to drop as soon as the year starts, by quite a bit actually, and is then going to spend the entire year below it’s starting point. By the end of the year, it will just make it back to the starting point of $5 a share. So this is a 0% rate of return for the year, as it started and ended at the same price.

Which one would you like to have invested in?

Let’s take a look at what happens with the $100 per month you could have invested in each fund.

Had you invested in fund B, you can now see the number of shares you bought each month. It is a lot more since the fund went down in value and was so inexpensive all year.

So how did it turn out?

Had you invested into fund A, you would have purchased 174 shares over the year. Multiply this by the $10 value per share at the end of the year and you can see that your $1200 investment grew to $1740. Not bad.

Now what about fund B? Had you invested into this fund, you would have purchased 410 shares over the course of the year. Multiply this by the funds year end value of $5 per share and you can see your $1200 investment would have grown to $2050.

Looks counterintuitive, doesn’t it? You actually make more money in the fund that was down all year and that your 401(k) summary says earned a 0% rate of return? How does that work?

Well, because of Dollar Cost Averaging! Because you bought so many more shares when fund B was low all year, you actually made more money than the fund that just went up and up all year! Volatility in an investment can actually be your friend and make you more money in the long run if you understand how it works. Funds going down in value can sometimes make you more money than funds going up if you are dollar cost averaging!

Now most people don’t just invest in fund A or B – they probably have some money in both of these funds, diversification and all.

One of the other mistakes that I see people make is not understanding how they are making (or losing) money in their investments. Many people would take their year end statement in this example and look at the historical investment returns. These would clearly say that fund A had 100% growth and fund B had 0% growth. It is a logical conclusion, if you don’t understand dollar cost averaging, to assume all your growth was made in fund A, when in fact, most of your growth actually came from fund B in this example.

I hope this helps you understand Dollar Cost Averaging a bit better so that you can avoid this, and other costly mistakes while investing.

If you would like to learn more about this, or get help analyzing your retirement plan investments at work the right way, from a fiduciary advisor who cares, shoot me an email, or give me a call. 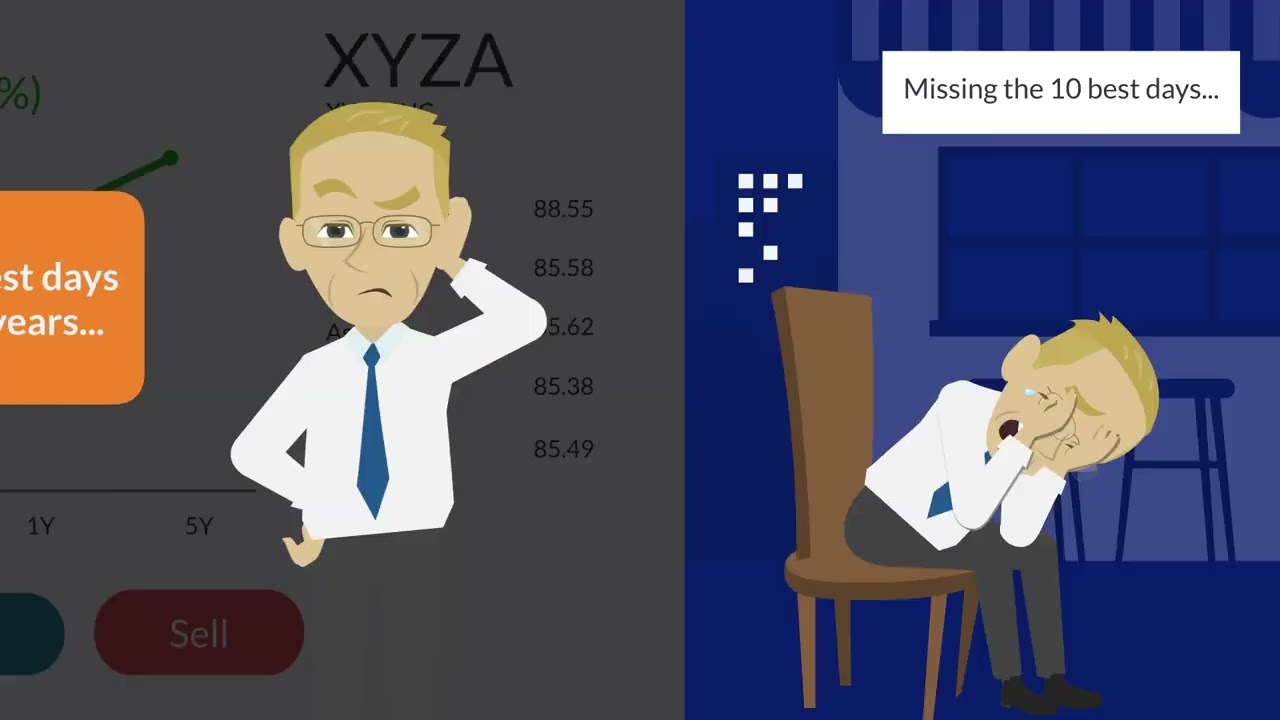 What happens when you miss the best market days? 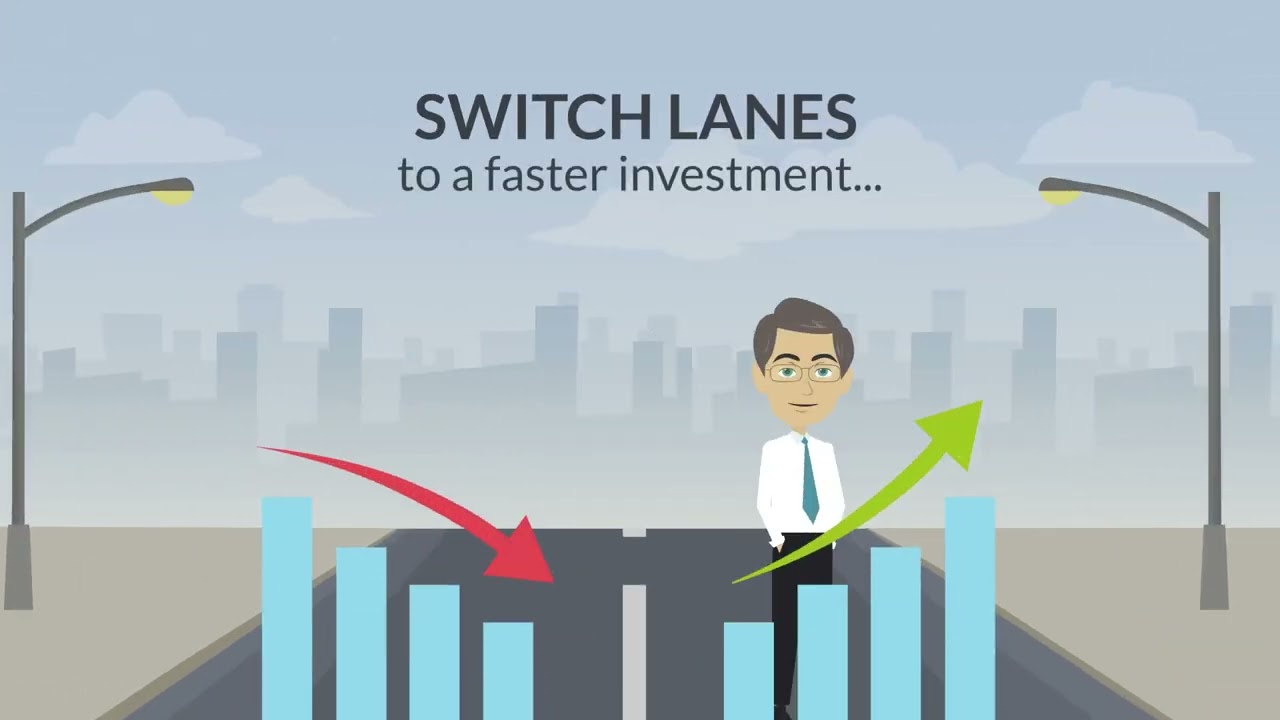 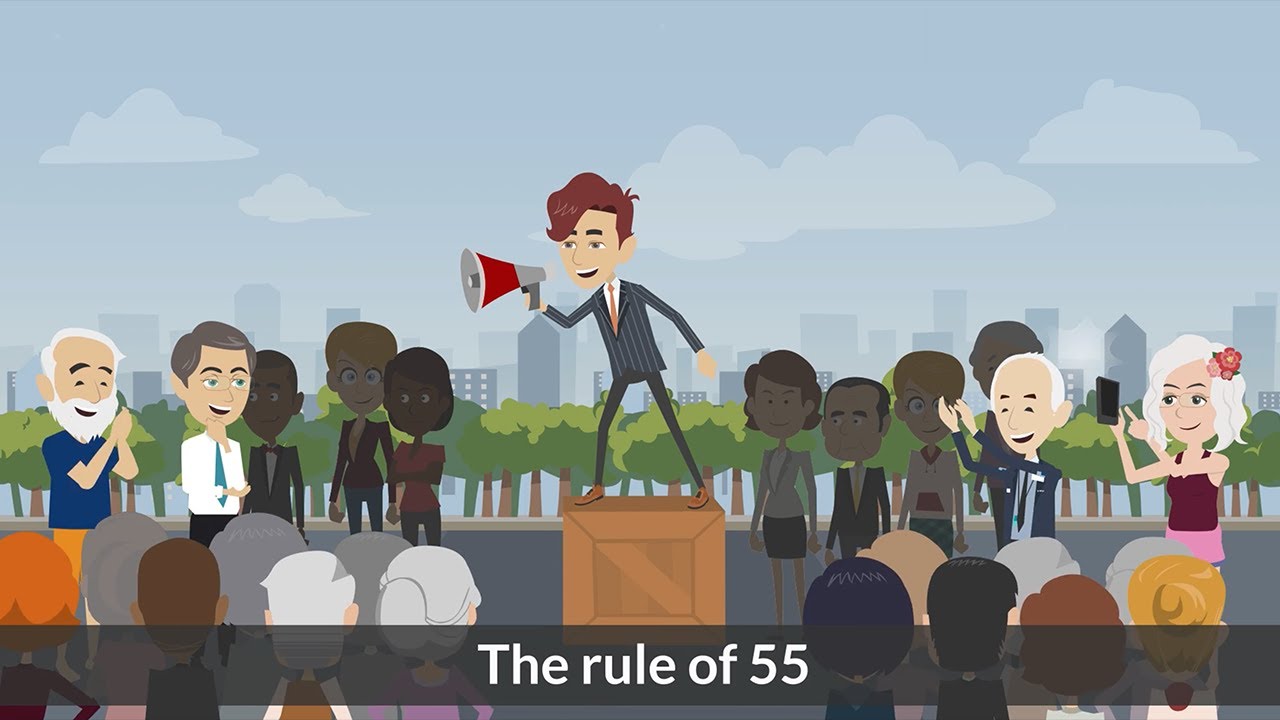 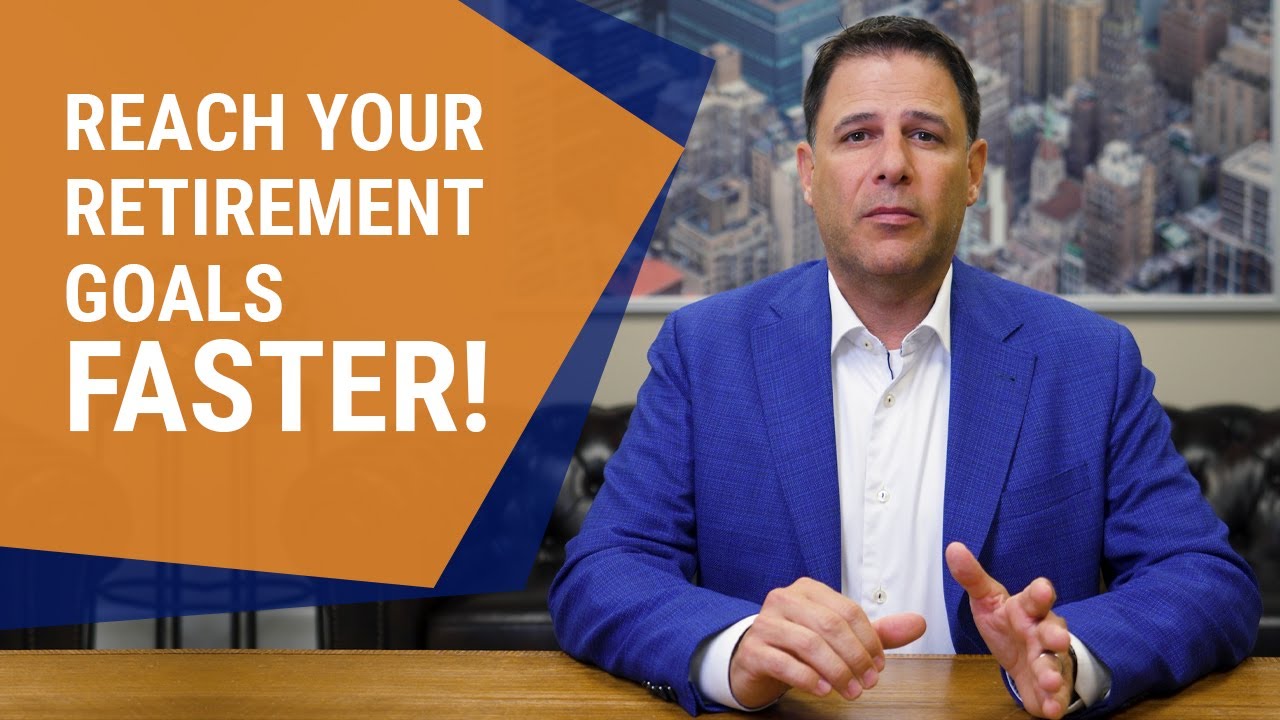 Golden State Equity Partners (“GSEP”) is a Registered Investment Adviser with the U.S. Securities and Exchange Commission. Baobab Wealth Management is a DBA of GSEP. Registration as an investment adviser does not imply a certain level of skill or training.
Baobab Wealth and Baobab Wealth Abroad do not provide tax, legal or accounting advice. This material has been prepared for informational and educational purposes only, and is not intended to provide, and should not be relied on for, tax, legal or accounting advice. You should consult your own tax, legal and accounting advisors before engaging in any transaction.

Who We Best Help

Although it would be great to help everyone achieve financial independence, the truth is, like everyone, we have limited time and capacity.  Thus, we like to focus our work on those we can serve best with our expertise.

First, we are only looking to work with those seeking a long-term, trusted relationship with a fiduciary financial advisor and have specific goals and ideas for their future.  We enjoy working with those who strive to be and do better than average.

Our most valuable work is done for those in the retirement ‘Red Zone’, where getting it right is crucial to long-term financial success.  This is the 10 years leading up to your retirement (financial independence) date as well as the first 5 years of retirement.

We are comprehensive financial planners, but specialize in tax-efficient retirement income planning. If you want to understand the best way to create a safe, increasing and predictable income you can’t outlive, we are the right firm for you.  We best serve savers who have accumulated between $250K and $3M of investable assets.

If you also want to pay the IRS the least amount of tax and achieve (or be as close as possible to) the 0% tax bracket (yes, this is absolutely possible) in retirement, we are probably the right firm to work with.  We wrote the book on this subject and you can learn more at www.Divorce-The-IRS.com.

You don’t want the cookie cutter advice you have realized is offered at most financial planning firms these days and would prefer a personalized plan that reflects your specific dreams and goals. You would like to see choices in how your retirement income could be structured and not just offered one solution or product.  You tend to be more optimistic than pessimistic.

If this sounds like you, and your situation, we invite you to schedule a friendly introductory meeting with us to learn more and explore the possibility of a partnership.

Request a Physical Copy of Divorce the IRS

If you would like to request a physical copy of the Divorce the IRS Retirement Kit, please fill out the form below. Want to save the trees? Consider scrolling through all of the same resources on this page instead.

HOW WE CALCULATED THESE LIFETIME EARNINGS

To project the salary of a 30-year old woman currently earning $85,000, we used a women-specific salary curve from Morningstar Investment Management LLC, a registered investment adviser and subsidiary of Morningstar, Inc., which includes the impact of inflation. We added up her projected salary each year over her 40-year career.

HOW WE CALCULATED THIS INCREASED EARNINGS WITH A RAISE

We projected the salary of a 30-year old woman currently earning $85,000 and one earning $110,500 (assuming a 30% raise) using a women-specific salary curve from Morningstar Investment Management LLC, a registered investment adviser and subsidiary of Morningstar, Inc. We sum up both projected salaries over 40 years, in today’s dollars, and calculate the difference.

HOW WE CALCULATED THIS RETURN BY SAVING IN THE BANK

HOW WE CALCULATED THIS INVESTMENT PROJECTION

The low end of the range assumes that you invest 20% of your salary ($85,000 currently) with a financial advisor in a diversified mutual fund portfolio comprised of 60% equity and 40% bonds, which is rebalanced to this allocation each year. Fees include average mutual fund fees and an assumed advisory management fee of 1%. The high end of the range assumes that 20% of your salary is invested with Baobab Wealth in a diversified low-cost ETF portfolio comprised of 91% equity to start and growing more conservative towards the end of the investment horizon (40 years). Fees include those for the recommended ETFs and Baobab Wealth’s fee of 0.50%.

Flip the pages with your mouse.

Please fill out the details below and we will get back to you as soon as possible.

Please fill out the form below to get started.

Get our FREE Expat Guide

Please fill out the form below to receive access to the ultimate guide for navigating the complexities of living abroad.

Get your FREE Divorce the IRS Retirement Kit 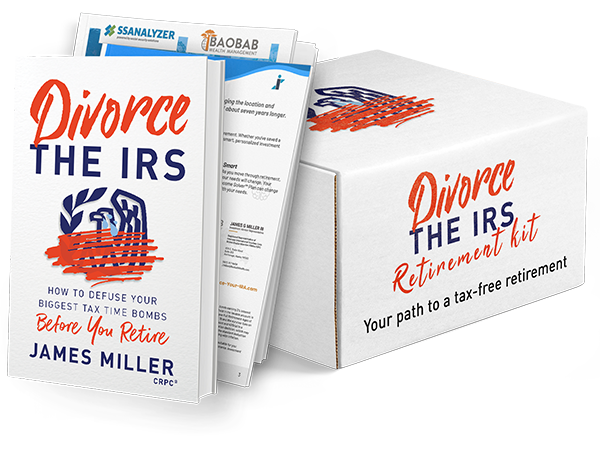 View and download resources from the Divorce the IRS Retirement Kit and learn how to set yourself on a path to a tax-free retirement.

Please fill out the form below to receive the first chapter of Divorce the IRS: How to Defuse Your Biggest Tax Time Bombs Before You Retire in your email.